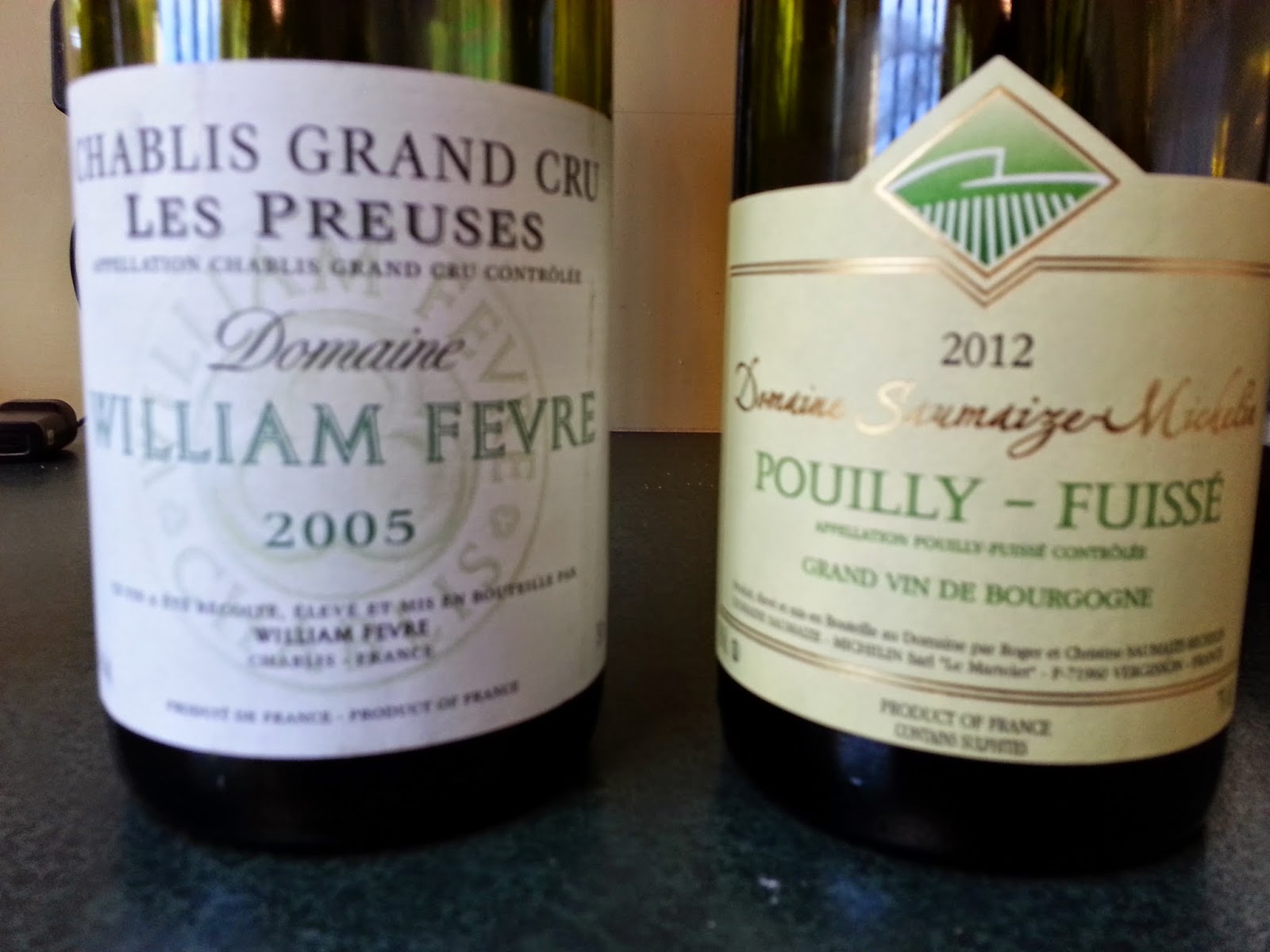 As wine aficionados we all want to drink the most highly rated and regarded wines we can choose.  And of course we enjoy them.  Why would we prefer drinking a wine of lesser provenance when we can avoid it?  It’s a fine edge doing so and acting a bit snobbish, to be seen to prefer the so-called better wine when in reality the not-so-highly rated wine is actually the better drink.  I admit I’ve fallen into that trap on more than one occasion.

The situation appeared again, in the company of the Ravellers and the Roaders, who know their wines really well.  SWMBO and I were the guests, and we all wanted to put up some wines to enjoy, if not impress just a little!  First up was a 2012 Domaine Saumaize-Michelin Pouilly Fuisse.  Sure enough a decent white burgundy from the Macon.  Good honest fare without pretension, but real white burgundy nevertheless.  This was fresh, light, fruit-focussed, clean, and delivered all that you wanted in a southern country wine.  In fact, quite modern and maybe a good, leading example.  The Ravellers were pleased we all liked it.

Then served blind was a 2005 William Fevre Chablis Grand Cru ‘Les Preuses’.  A strong wine, clearly mature and needing drinking.  Plenty of weight and softening.  More Cote de Beaune as the flint, steel and acidity didn’t shine through.  My guess was a Meursault with more than a decade on it.  Signs of nutty oxidation, not necessarily premox, but more bottle development with cork losing its sealing qualities a tad.  We all sensed it was supposed to be a goodie, but we all knew it wasn’t the best of the two white burgundies.  Once we knew what it was, (SWMBO guessing correctly) we all took another glass and tried to find the goodness that should have been there.  Then we enjoyed drinking the Pouilly Fuisse.
Posted by Wine Noter at Tuesday, December 02, 2014