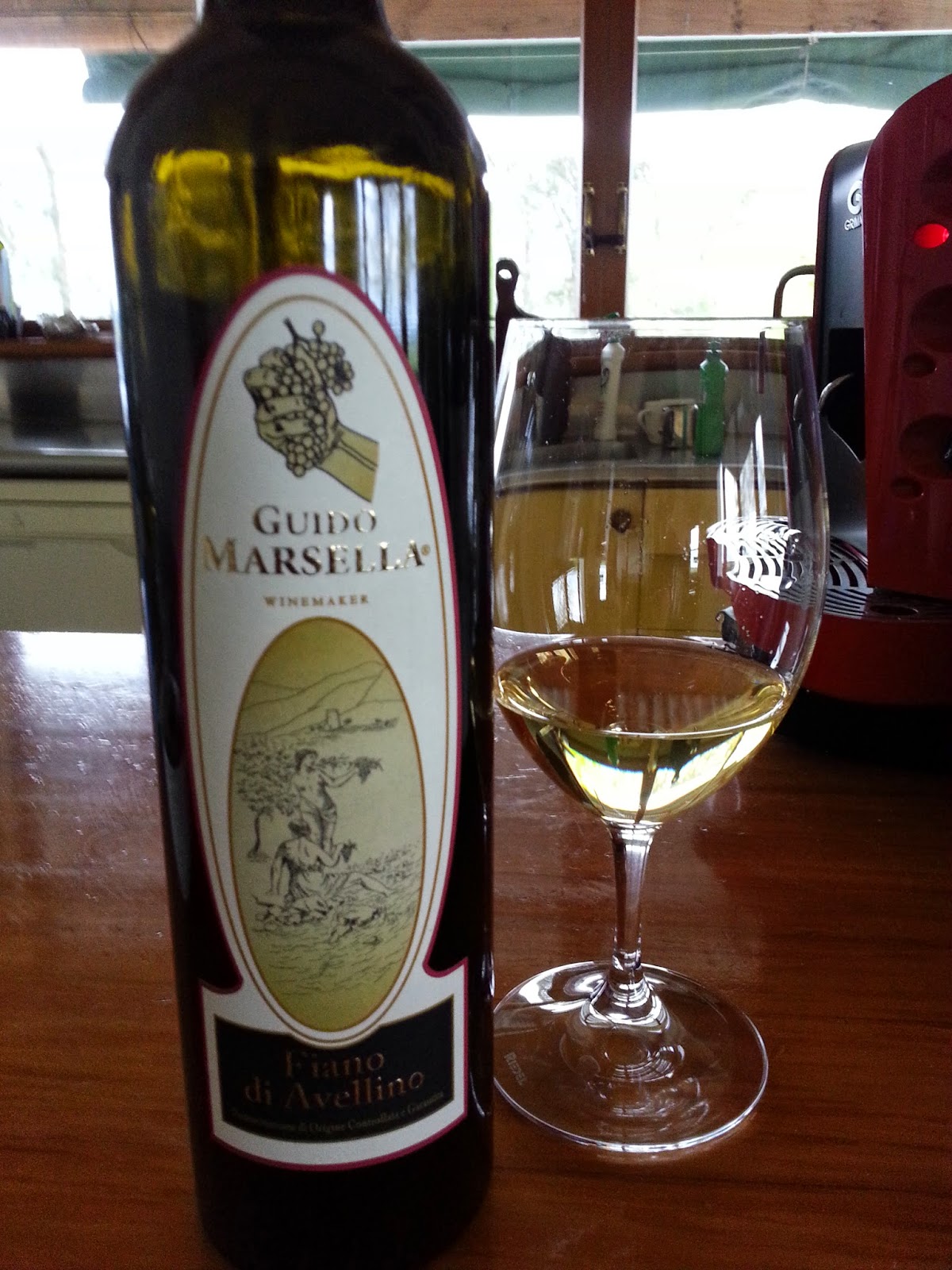 I’m pretty much a traditionalist appreciating the classics in wine from the noble varieties.  After all, these are tried and true.  Maybe it’s my age too, but, trying new and emerging varieties doesn’t grab me as much as it should.  However, there’s a little voice in the back of my head that keeps on nagging me to keep an open mind, and look positively for new vinous experiences.

The Fiano grape from southern Italy is another ‘next best thing’, and there’s an example grown here, but more extensively in Australia.  There’s a little buzz about the wine too, as bottles from its homeland make their way here.  The F-Man brought some in, and I took the wine out of town to Hawke’s Bay where New Zealand’s first commercial release was made, to share with The Cowler

The 2009 Guigo Marsella Fiano d’Avellino from Campania had plenty going for it.  A bit of aged had softened it, intensifying the round texture and enhancing the so-called waxiness.  I saw it more as an unctuousness.  Nice fruit profile with its sweeter white stonefruits and a bit of alcohol power and body, but enough cleanliness and freshness to make it refreshing.  SWMBO found it got a bit nutty, possibly oxidising quickly.  The Cowler was bemused and thoughtful.  I liked it more, though the wine seemed to lose its fruitiness.  The lovely texture remained.  It was that little voice telling me to be positive.
Posted by Wine Noter at Sunday, November 23, 2014